This success story is about Jay, who has been with Wealthy Affiliate since 2016. Jay He was a part of last year's Super Affiliate Challenge and now has proof that website ads revenue does work.

Jay was like a lot of other marketers who initially didn't want any ads on his site. He thought they would clutter the site, make it look junky, and would end up being a distraction to his visitors. In reality, just the opposite happened; his conversion rates increated when he puts ads on his site.

Of course, ads generate revenue, so that combined with increased conversions has given Jay more success to his story. He estimates his total income for the month to be around USD 6.5K. Since he is a Canadian, that translates to quite a bit more in Canadian dollars.

Jay goes on reminiscing about when he was first joining Wealthy Affiliate. Many people, when they first join, read the stories and posts about how long it takes for some people to succeed. They hear the number of articles they need to research and write. Somehow though, they will see success quicker. 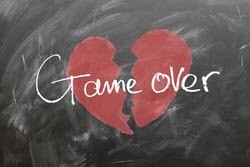 After a couple of months, they begin to realize that it's going to take longer to succeed. The honeymoon phase is over, and that's when members start wondering if this thing called affiliate marketing is going to work?

Jay is thankful that he did not quit when he felt that way. At the time, those posts he was writing seemed to be getting him nowhere. However, today, those same posts are generating almost 80% of his current traffic.

If he had given up back then, he would not have the successful income he sees today. Many people quit and then want to get back into the game, but then you would have all that work ahead of you.

Yes, maybe quitting at that time would have given him more time to spend with his family. However, now he has that time, and he also has the income resulting from the work he put into it.

It's Too Late! The Web Is Saturated!

Jay has another post where he discussed the idea of affiliate marketing is too competitive. I also have had those thoughts and wondered if it was too late to succeed with an online website.

As Jay mentions, the internet is barely a toddler. It's not been around all that long. He has been able to prove that this is true with his success. In his opinion, most people don't want to do the work!

Along with this is the fact most people do not know what to do.

His experience is that many of the successful niche websites are only a few years old. He has estimated that there only a few hundred sites that dominate the web.

Also, if you follow the Wealthy Affiliate training and break it down further to your niche, the competition is considerably less.

The popular niches like Make Money Online and weight loss are going to be challenging to see success. There is a lot more competition and more money involved. You will need to know what you are doing and have the resources to succeed in these areas.

Doing the right keyword research for your niche or micro-niche reduces your competition. Instead of going up against some talented heavyweight experts, you're only facing a dozen or so sites that are actual competition.

None of this implies that selecting the right niche will make your affiliate marketing journey easier. All of us wish we had started ten years ago when the competition was not as high. But looking forward, starting today puts you ahead of what things will be on the internet ten years from now.

Jay writes in another post that adversity can provide you new and different ways of looking at things. For some, adversity scares you and makes you second guess your decisions. We're scared of making the wrong decision and making mistakes. 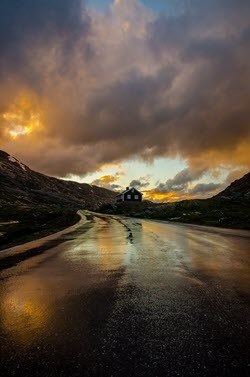 However, Jay feels that mistakes are not bad. They are our most excellent teachers.

Many people never step out on a new venture for the very reason they think they will make mistakes that they'll screw things up beyond recognition. In reality, nothing is further from the truth.

His opinion is that we need to step into our adversities, make our decisions, and learn from them.

The whole point of all of this is to lift you to the next level. You gain insight and experience in the process. You're also building the character needed for you to succeed at your desired level.

One example as it applies to an online business is to stop chasing quick money solutions. Focus instead on helping others, which will allow you to build a source of traffic that will pay you back for years.

Embrace your adversity. It can provide you completely new and different ways of looking at things. It can also cause you to change your course in a better direction.

“Once the storm is over, you won't remember how you made it through, how you managed to survive. You won't even be sure whether the storm is over. But one thing is certain. When you come out of the storm, you won't be the same person who walked in. That's what this storm's all about.” - Haruki Murakami

You can read about Jay's success at Website Ads Revenue - Yes It Works!

What Is The Best Affiliate Marketing Training Course For Beginners?