The Best Online Home Business – A Dream Within Reach

This affiliate marketing success story is about Craig, who has been a Wealthy Affiliate member since 2016. He is currently making $2000 per month and considers this the best online home business. It's his dream almost within reach.

He currently lives in Malaysia and hopes to move to the Philippines soon but needs to go full-time with his new business venture first. Craig estimates they can do that once his earnings exceed $3000 per month. He expects that to happen soon.

These three revenue streams all compliment each other. 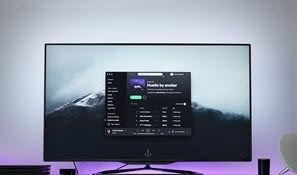 Initially, selling setup boxes from Amazon was the recommended niche. However, Amazon's prices became competitive as the market and product offerings grew. It was hard to make any sizable income with this approach.

IPTV subscriptions entered his business model as the affiliate commissions were much more generous. These subscriptions also combined nicely with selling setup boxes as an IPTV service would probably require hardware to connect it with their TV.

If his visitor was not interested in an IPTV subscription, then their choice could be a VPN subscription instead. VPN services could get them access to online streaming TV, which was inaccessible due to geo-blocks.

Craig's advice for selecting a niche is to consider your product options. Commissions with affiliate marketing are how you make your money.

Beyond products, Craig advises that content is king. Keep creating it for your site, lots of it.

In Craig's initial year he was targeting 200 blog posts but fell short of that goal with only 192. This averages out to about 16 posts per month, or 4 per week.

Like the Wealthy Affiliate training, Craig also writes his posts to be at least 1000 words. In reality, he is writing posts longer than that.

Traffic is the prize. If you do not see traffic, then you will not see earnings.

Craig also suggests how to deal with posts that do not rank well. Write another one and move on.

Search engine traffic is not always consistent. At one point, Craig also had problems with one of his IPTV subscription services and was forced to change to a different one.

At times like these have an email list of all his customers allowed him to contact them with the new service. He could make special offers to them and keep his business going. Craig does credit his email list as having saved his company at one point in his journey.

He then realized he could write just about anything, as long as it related to TV. This realization opened up whole new opportunities for blog post content.

He equated his content struggle to those members who run out of ideas on content for Wealthy Affiliate. Think outside the box, and there are so many different ways to promote a product or service.

As always, write naturally so that the search engines do not "think" you are targeting related searches.

When Did Business Take Off?

Craig writes that in his first year he saw about $3000 worth of sales. He was pleased with that because he knew that he could make this work.

At about his 18th month, he started seeing just over $1000 per month. This milestone was another excellent sign of encouragement.

With this current Wealthy Affiliate post, he is now at $2000 per month, with his sights on being able to commit to his new business fully.

Craig offers the same advice so many other successful online marketers, persistence pays.

Starting a new online business from scratch can be very frustrating at times. There is a lot of new technology you need to learn. Things like WordPress, email lists, capture pages, statistics, keywords, etc., etc.

All these things take time to understand. They're not difficult to learn though, especially with the help of Wealthy Affiliate.

Craig wrote an earlier post about swimming with Sharks. He used it as an analogy to becoming a premium member with Wealthy Affiliate.

Initially, there is so much information that you don't think you can handle it. There is a real fear that you're going to make a mistake.

In particular new members think that they should be earning money right away. When it doesn't happen, then they believe they are doing something wrong. Instant income does not happen with affiliate marketing. It takes time. Focus on writing quality content, and it will serve as a solid foundation for your future.

The plan is quite simple. Follow the training steps, do the work, be patient, and before long, you'll be seeing the rewards.

You can read about Craig's success from Malaysia at The Dream is Now Within Reach!