This online marketing success story is about Miren, who has been with Wealthy Affiliate since 2016. Miren didn't take her membership seriously at first, but once she did, she could report her first 4 figure monthly income.

After Miren joined Wealthy Affiliate, she was still studying and put off doing any real work with her website. After about a year she decided to try it to see if it works. Later the next year, she started writing content for her blog consistently.

One year later, Miren was earning a new four-figure a month's income. She was making nothing before, so she was amazed at what a year of hard work could accomplish.

Miren's niche was in making money online (MMO). She figures that had she done a different niche she would have been making money way faster. The MMO niche is extremely competitive.

Miren was promoting the WA Affiliate Program. She was signing up between zero and twenty-four new referrals per day. Free referrals with Wealthy Affiliate typically convert one in eight to paying members. These numbers translate into real money for Miren.

Quitting the Temporary Job Due to Her Short-Term Success

Miren was offered a full-time job after spending nearly a full year writing content posts for her blog. The job was doing something she liked, so she accepted the job offer.

However, Miren also wanted to continue adding a new blog post daily to her site. She had a taste of success and did not want to see that disappear. Miren found that working a full-time job while daily posting on her website was exhausting.

She ended up quitting her new full-time job. With this latest success story, she is already making more income from her affiliate site than what she did with the temporary full-time position.

Is Las Vegas In Her Future?

Miren still needs to make 65 more sales to qualify for the free Las Vegas trip sponsored by Wealthy Affiliate. She needs to recruit these in only the two months remaining in the year.

Regardless of whether or not she makes it to Vegas, Miren credits Wealthy Affiliate for the success she is seeing.

She asks the question: "Is Wealthy Affiliate the real deal?" Her answer to that question is yes. Provided that you follow the training, complete every one of the tasks, and most of all Never give up!

Miren explains in a different post that if she can see success, then she believes that anyone can do it. 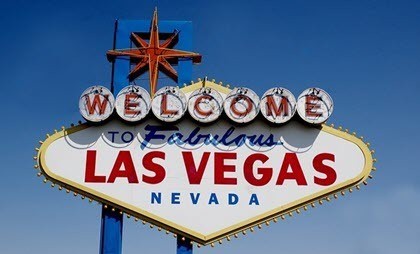 Writing Reviews Can Bring Out the Spammers

Miren writes about an incident during her content writing journey where a spammer offered her money to take down a post that she had written. She had written about a product that she thought was a scam and did not recommend it.

In return, this spammer offered her to deleted the post in return for a one-time payment of $5000. She had read an internal Wealthy Affiliate blog post from another member who had the same thing happen to her.

Miren didn't believe that they would pay her $5000 to take down her review. The email could be tempting her to take down the post, and then she would never hear from them again.

Not knowing the truth, Miren decided to ignore them. She didn't even trust contacting them. Also, if their offer was legitimate, she knew that rewarding them for this tactic would not be right.

Miren had a different experience where someone was copying her website posts. This person was also promoting Wealthy Affiliate but using her content for the promotion of it.

Along with the promotion of WA, this other website was also promoting scam products. Clearly ethics was not a part of their business plan. This other site didn't have an affiliate disclosure or privacy policy page either.

Miren asked the Wealthy Affiliate members how to handle this situation. She felt that she should report the site but was not sure how. This site copying her content did put a link to her website at the bottom of their post. A link back to her site does not make plagiarism right, but Miren wondered if it could be helping her site to rank better?

One of the members suggested using the WP Content Copy Protection & No Right Click plugin. Using this would keep visitors from quickly copying your content. They would instead, need to re-type it word for word, which most of this kind of people will not do.

However, another member added that there are easy ways around this copy restriction. Unless the person doing the copying was completely stupid, then all this plugin would do is add for the usage of her website hosting resources. Installing the plugin was not worth it, in his opinion.

In the end, Kyle, who was one of the Wealthy Affiliate co-founders, responded to her that she could PM him on the issue. Kyle also suggested filing a DMCA takedown with Google. Many other members had proposed a similar response.

Be Careful When Changing SEO Plugins

Miren's most difficult challenge came when she decided to change her SEO plugin.

Wealthy Affiliate recommends using the free version of the All In One SEO plugin. Miren had read some posts from other members stating that the Yoast SEO worked better.

During the process of deactivating the old plugin and reactivating the new one, Miren lost her Google Sitemap. She thought the one created by the new Yoast plugin should be enough.

Miren ended up contacting Wealthy Affiliate support team, and they helped her get her sitemap working again. It seems that there was a combination of different plugins she had deactivated.

However, this was not the end of her problems. Miren was having issues with her posts, not displaying. She read online that the problem could be her theme, so she updated it. However, this did not solve the problem either.

Further research in the search engines found a suggestion to fix this latest problem with an update to her .htaccess file. However, this is write-protected by default with Wealthy Affiliate. She contacted SiteSupport again, and they fixed the issue for her. Miren's site was back working within an hour.

Miren also lost her Google Analytics link from her website. This disconnect caused a loss of all her site activity statistics. This resolution required her to install the Google Analytics by Monster Insights plugin.

The moral of this story test this kind of plugin changes on a staging version of your website first. These are significant changes and can bring down your site. A site down is the last thing you would want to have happened once you start getting visitors.

Having a sound support system for times like this is also a significant help.

﻿You can read about Miren's Success Story and other learning experiences at Is Wealthy Affiliate The Real Deal? Finally Broke 4 Digits!