This online success story is about Stephanie, who has been with Wealthy Affiliate since 2017. She had not worked at affiliate marketing very long before she learned how to make money from online blogging by selling her blog.

Stephanie's site was only thirteen months old, but she had an offer to sell it for $28,000. The proposal came from one of her established competitors in her niche.

She doesn't say what her niche was in her success post, but in the comments, someone asked her, and she responded that it was in the hair loss niche.

While the site was thirteen months old, Stephanie calculates she only had about six months of work into it. The lack of attention was due to other priorities going on her life. 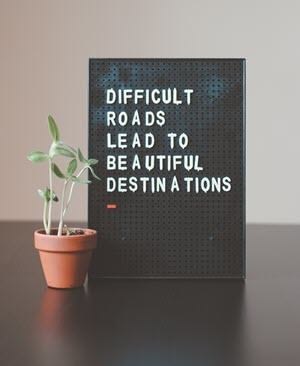 Stephanie broke down the sale price of her site by the number of articles she wrote, and figures she made about $600 for each item posted. She kind of wishes she had known that while writing them, it would have seemed more comfortable to do the work at that time.

When Stephanie started her Wealthy Affiliate website, she didn't think it would be this profitable. She considered it a hobby and was extremely flattered that someone would find her work this valuable.

She didn't follow all the Wealthy Affiliate training in regards to social media. She estimates her reach could have been expanded more as a result.

Not all of her content was ranking in the search engines either, as it was too recent. The new owner of her site would benefit from that.

Stephanie needed the money from the sale of her blog. So she is putting the money to good use.

She has learned the skills needed to start fresh with a new blog. The problem though is that the momentum she had going for her first site is now gone.

I guess a person never knows what potential your work has in the future? For Stephanie, she needed the money and took the offer. Whatever her feelings might be later, she accomplished success!