Is Wealthy Affiliate a Scam or What?

Steve was a professional web developer and wanted to give WA an honest try. The upfront financial investment to join WA was not very high, so he figured he didn't have much to lose.

With this Wealthy Affiliate post, Steve reports that his niche travel blog has earned him a $1000 for one month. All of his metrics indicate steady growth. He still has a long way to go before his dreams come true, but this income proves that he is doing the right things.

Steve was partially converted two months after becoming a member. He no longer believed that Wealthy Affiliate was a scam.

However, he still had some doubts about how much money he could realistically make. He felt that WA used intelligent keyword targeting techniques. Their training taught members to target the long-tail keywords or low hanging fruit as the training resources call it.

Steve felt like he was only getting him the scraps of the internet from the prominent boy marketers. In reality, this is probably a true statement. Nobody new to affiliate marketing starts as a big player. 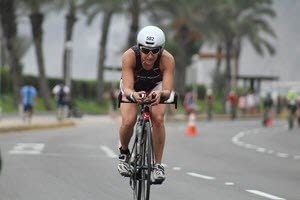 Steve began his first site in the Ironman niche, as that is what his interests were. Later on, in Steve's journey, he realized that this niche was too small. Too much work for too little reward.

He switched to his dream niche of travel. Steve was much more passionate about this topic. There was also a lot more income and long-tail keyword opportunities. Yes, there was more competition but as the training teaches, start with the low-hanging fruit first.

While reading some of Steve's other progress reports, he had a difficult time during his first year on his travel site. While the competition was fierce, he also struggled with creating new content for his website. Steve participated in another Ironman competition, and his day job also became very demanding.

When faced with significant competition, successful Wealthy Affiliate members advise you to create at least three new posts per week, with over 1000 words per post. Steve was struggling to get just one article per week. But he was also writing 2000 to 3000-word posts, as he felt that his products required more detailed information.

After two to three months of inactivity on his site, Steve did manage to create more content. He had completed a total of 47 posts and was getting around five visits per day. Nine of his articles were on pages two and three of the search engine. Not surprisingly, sales were at $0.

Steve initially committed to one year with Wealthy Affiliate when he upgraded to yearly. He knew it would take longer than a month or two, and the black Friday deal he signed up with made it a no-brainer.

He had initially promised himself that he would only continue if he had made enough income from his site to pay for his membership. It wasn't that he could not afford it but just thought that affiliate marketing might not be for him.

However, Steve used some creative math to realize he did indeed make his membership fees. He was also impressed with the improvements Kyle and Carson made to the Wealthy Affiliate platform.

Steve also underestimated the competitiveness of his travel niche. He had a very steep learning curve on writing content for his site. It was something he was still struggling with learning.

But Steve was beginning to see the light at the end of the tunnel. His articles were starting to rank better, and all of his metrics were positive.

Steve could not give up at this point. He renewed his Wealthy Affiliate membership.

About 18 months after starting, Steve hit his first $500 month. He was a bit surprised at this since his previous month was only about $200.

His traffic was still pretty low, but for the amount of traffic, he was getting his content was converting pretty good. The number of visitors was also continuing to rise.

At this point, Steve was beyond quitting. He had seen enough of success to know he was in for the long term.

Steve continues posting 2-3 times per week with an average of 2-300+ words. His site content is now up to a total of 125 posts and pages. He was also starting to create video content and add these to his site.

It was hard to believe that one year prior, Steve was getting zero visitors and deciding whether or not to quit. This story is proof once again that affiliate marketing requires patience. 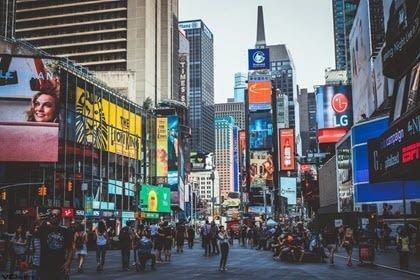 Steve's second year brought him about $8000 in total income. This number is not exactly impressive, by some standards. But it more than returned his initial investment.

While he has also invested an incredible amount of time into his site, he sees this time well spent on building a new asset. The content he created with this time spent will continue to earn him money. As he adds more content, his authority in his niche will also improve along with his organic search engine traffic.

Steve expects the income for the next year to be two to three times as much.

The highlight for Steve though is that he can travel using the income generated from his site.

Steve had initially set a personal goal that he would only promote cities on his site that he had seen. Therefore, traveling was required for him to grow his site. He felt that having pictures of actual places he had seen was proof that he had been there.

Their first trip was to Los Angeles for a few days. The income from his site partly paid for his travel. His partners funded the attractions they visited.

They made a second business trip to New York City. They spent a long weekend to see the city, with attractions again paid for by his partners. They managed a bus tour around the city, seeing the views from the top of skyscrapers, museums, and even a helicopter flight over the city.

Steve has a couple more big trips planned in the next year. One will be to Las Vegas. Steve is not currently promoting Wealthy Affiliate, so this is not part of their Super Affiliate conference. His site earnings will pay for it instead.

One of the later posts Steve reports that his website monthly income is up nearly ten times from the prior year. All his metrics are continuing to grow!

You can read more about Steve, and see his other blog posts with travel pictures at First $1000 Month - Growth Continuing Nicely!﻿