This online business success story is about Erin, who has been with Wealthy Affiliate since 2016. She unlocked the full potential of Pinterest and learned in a big way to increase website visitors.

Erin posted in an earlier blog how she had accumulated 49K monthly viewers on Pinterest. The very next day, she had 54K monthly viewers. That was an increase of 5,000 views in one day! 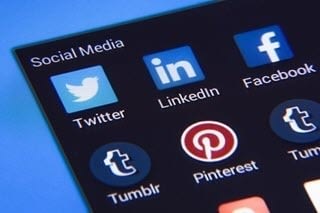 What's Erin's secret with using Pinterest? There is no secret at all. She is on it daily, as part of her routine. Working with Pinterest is one of her tasks that she enjoys doing.

A later post has Erin's monthly viewers at 88.8K. This monthly viewers total translates into 4K monthly engaged followers, which means lots of activity around her boards. The result would be more activity on her websites.

Erin already had a string of success when she joined up with Wealthy Affiliate.

She stumbled on to Wealthy Affiliate one day while working on her computer. With the FREE option to try, it was a no-brainer for her to give it a shot. She loves writing, designing websites, and helping people, so it was a good fit for her.

She would document her journey by creating posts in Wealthy Affiliate with all of the tasks she performed. Her documented journey was not intended to be official training material, just a personal goal that anyone could follow.

The following are her tasks:

Much of what Erin had been doing with her new site was similar to the proven training in WA's Affiliate Bootcamp training. As a result, she went through Lessons 1 through 8 again, making sure she had not missed anything.

Erin has set a goal for the next three months to write five new comparison reviews of 1,000 words each day. She will do this daily for five days each week.

Step 25 is the final, one year mark of her case study project. While Erin's site is doing quite well, and she is living comfortably, she did not make her goal of $50,000 per month.

She is still involved with the WA Super Affiliate Challenge and will continue working on her site. She knows she will reach her goals at some point.

You can read about Erin's Pinterest success and her many other blog posts at An increase of 5,000 viewers in one day!