How to Get an Extra Income

This online business success story is about Stephen, who has been with Wealthy Affiliate since 2017. Stephen is a math teacher in Glasgow, Scotland who has learned how to get an extra income online.

Stephen has been working hard on his website for the past eleven months. For nine of those months, his new site did not earn anything, not even a cent.

It was beginning to get frustrating for him, to not see any results from his work. But Stephen kept on working at it and is now starting to see positive results.

The sales have been small at first, but they continue to add up. At present, all of Stephen's affiliate commissions have been the result of the Amazon Associates program. Interestingly enough, almost all of these sales have come from one post which has moved up to page one in the Google search engine results for his keywords.

Stephen writes this post for the benefit of new members to the Wealthy Affiliate platform. It's an encouragement to them that the learning system does work. But it only works if you give it time and patience. It's not quick money.

He primarily followed Kyle's, one of the WA co-founders, training on the platform. He supplemented this by reading a few different SEO expert's blogs.

Stephen has made mistakes. He has had to delete posts, along with having to reformat every single image on his site. These setbacks were very frustrating and brought him almost to the point of giving up.

Now that he is starting to see some consistent income, his confidence level has sky-rocketed. He has personal proof that affiliate marketing does work.

Stephen still has more work to do. He knows that the layout of his website is fundamental. He has this in his plans to upgrade and improve it.

Stephen has also been averaging only one new article post per week. He would like to increase this but has found it difficult due to his current full-time job. 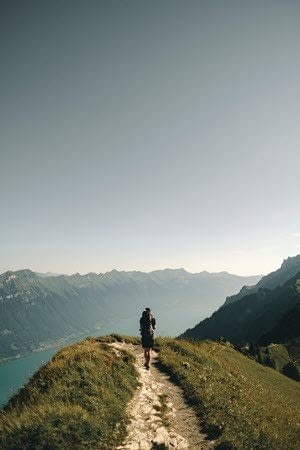 His passions are hiking, exploring, and educating other people. He has also taken an interest in photography. Stephen would love to be making a full-time income from doing only the things he enjoys.

His ultimate goal is to be his boss.

Stephen's current financial goals are to be earning $5,00 per month. He would be ecstatic if he could earn $10,000 per month.