This online business success story is about Craig, who has been a Wealthy Affiliate member since 2017. Craig is not working on his site as much as he should be but is still able to earn extra income online.

This past quarter, Craig had $4,195 deposited into his bank account. Most of this was Amazon commissions.

Craig started with Wealthy Affiliate precisely two years ago. But so far this current calendar year he has done almost nothing with this website.

Craig did manage to create 200 posts on his site during his first year and a half. His niche is with Pets.

His traffic is impressive with 28,000 unique users, 32,000 sessions, 40,000 page views, and an 87.75 bounce rate. The bounce rate seems pretty high, so there are likely improvements he could make with his site.

Craig admits that he is not spending enough time working on his site. He is amazed, though, how much income continues to receive without spending the time required. For him, it's truly passive income!

Craig lives in Chicago. He has worked with marketing for ten plus years. However, this is direct to customer marketing from a big corporation perspective.

When Craig started online, he knew nothing about building a website. He had read some short blog posts on affiliate marketing, but nothing beyond that. In his words, he was a complete novice.

He followed all of the training at Wealthy Affiliate. Craig also developed some of the link building recommendations from Backlinko with trying to build a link profile. 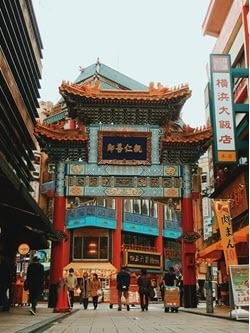 Before venturing into online marketing, he did teach English to Chinese students. Because of this, he had experience creating a large amount of content and moving it to a free website.

Wealthy Affiliate gave him the additional training needed to build his website. He also had plenty of resources to help him when he ran into trouble or needed other help.

Craig did not see much traffic to his new site until nine months after starting his site. That's when his site traffic started to grow, and along with that his revenue.

Seeing additional revenue was a great encouragement, and he worked even harder.

After a year, his traffic continued to grow. He was seeing over a thousand unique visitors per week.

Interestingly enough, Craig was pretty close to giving up during his first six months, so he is glad that he persevered. He even stopped working on it for a month but wishes now he had not.

Lately, Craig has had other activities in life to take his time away from his site. He doesn't recommend running an online business this way but writes his progress to encourage new members that they can succeed. It can work even with minimal experience.