This affiliate marketing success story is about Anis, who has been with Wealthy Affiliate since 2016. Anis first earned commissions of $94 in April. Just one year later, he had $2,230 in monthly commissions. He could now earn $2000 per month from home.

Anis's original revenue goal when joining was $1,500 month. He has already easily exceeded that goal.

Anis was a semi-professional football player while attending university. He was studying foreign languages and literature at the University of Naples (Federico II). His other hobbies were swimming and learning English.

He joined Wealthy Affiliate to start a home-based business. He wanted to make $1,000 a month to pay for his rent and university expenses.

The Secret of My Success Online

In a later post, Anis looks back on his original goal and imagines if he had given up? He would still be a struggling student in university with a lot of debt. 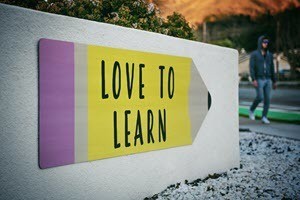 His secret to succeeding is simple. You fall, then learn, and fall again, then learn still, and on and on until you succeed.

It's not a big red button you push, but it's the way Anis found success. He has seen many other successful members who have gone through the same experience.

He advises new members reading his post, who have not made any money, to NOT GIVE UP! All you need to do is stick to the training and persevere.

Anis ended up quitting university as he was able to build a full-time income online. This income also allowed him to make investments in his home country, which are also supplementing him with additional revenue streams.

Anis can now go long term and whenever he wants. If he needs to work, all he needs is a laptop that allows him to work from anywhere in the world.

Recently he met another fellow successful Wealthy Affiliate member in Budapest, Hungary. They were able to spend time together and swap stories about their online experiences.

Anis has not yet made it to the WA super affiliate conference in Las Vegas. He is hoping for this year. He has less than a hundred sales to make still and 120 days left to go.

Anis writes that he should have traveled to Vegas years ago. However, he has made some stupid mistakes and still has an issue with his conversion rate. His site gets a lot of traffic, and he sees many free referrals but his conversions remain low. Co-found Kyle is currently helping Anis with this issue.

You can read more about Anis's online business success story at 1 Year of Hard Work! From $39month to $2,233month!