This online business success story is about Jelena, who has been a Wealthy Affiliate member since 2017. Just before heading out the door for her vacation to Greece, she checked her emails and found for the first time she would earn $100 a day online.

A month earlier, Jelena had posted to her WA blog that she had finally earned her first $1000 from her website. In total it has taken her about one year and three months to reach this point. However, she struggled with her first site. So she started a second one which is now generating most of her income. It has taken her ten months with this site.

Jelena is currently a full-time online marketer, with three kids. While working online was nothing new to her, building a website and monetizing was something she needed to learn.

Jelena had been a social media marketer for ten years before joining Wealthy Affiliate. She had a lot of experience with different social media platforms. Yes, she even a profile on MySpace at one time.

Like many others, Jelena started to explore the internet sometime back. She wanted to spend more time with her family. There were a lot of different programs, MLM-s and as always, scams. She also wasted a lot of time, and some money, on these.

Jelena worked a regular job during the day. Came home and after dinner was on the internet, sometimes she stayed up until the middle of the night. Again, like many other people, she became disillusioned, frustrated, and quit.

After a couple more years she decided to give it another try. She checked into the domain she had previously use for a website, and it was on sale for $10,000. That's when she realized she had not been patient enough the first time.

Not too long after, Jelena found Wealthy Affiliate. For her, that was the missing piece she had needed. Even though she was great at social media, she did not know how to build a website and monetize that knowledge. 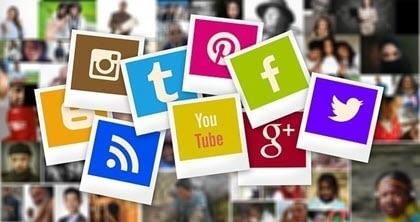 In another WA blog post, Jelena writes about her success with 200K plus monthly viewers on Pinterest.

While viewer numbers are encouraging numbers to see an increase, what matters most is how many of those viewers click through to her website. By far, the largest source of social media traffic to her site is from Pinterest. This number ranks well above Google+, Facebook, StumbleUpon, and Twitter.

Jelena also finds that promoting on Pinterest is the most comfortable social media platform to work. She estimates the time required to be about one hour a week.

Jelena offers a few tips on how to use Pinterest:

Jelena has also been in the top 200 ranking list for the Wealthy Affiliate community. To make it on the top 200 list, you have to be active in the WA community every day.

This activity involves answering member questions and helping people who are having problems. Writing blog posts and creating training are additional opportunities to help WA members. Jelena enjoys contributing back to the Wealthy Affiliate community.

After two years with Wealthy Affiliate, Jelena credits them for helping her to buy a home and to pay off all her debt. She can now proudly say that she is DEBT FREE!

Her time spent so far with Wealthy Affiliate is only the beginning. She expects the best things are still ahead!

You can read about Jelena and her Pinterest training at  The first $ 100 a day!﻿