Back In the Money, Success Once Again

This affiliate marketing success story is about Eddy, who has been with Wealthy Affiliate since 2007. Eddy has been successful in the past, but then was caught up with chasing shiny new things and his income dropped to almost nothing. Fortunately, Kyle and Carson reached out to him, and Eddy is not back in the money, successful once again.

Eddy recently hit a five-figure income month. His total was $10,640 for the month. It was probably more, but he is only reporting income from reliable sources that he can count on for months ahead.

Like many other successful affiliate marketers, Eddy does not rely on just one source of income. He doesn't even rely on one type of income. He wants to earn income in any way possible, also if his visitors do not buy from him.

Many affiliate marketers depend on their visitors purchasing a product. With the sales approach, they earn a commission from that sale. Eddy went even further to monetize his site in ways that don't require purchase. 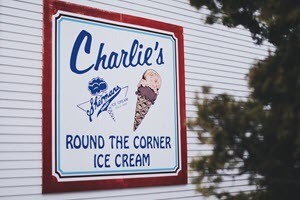 Displays ads are typically banner ads that display on your site. The website owner usually works with a third party ad network like Google Adsense or MediaVine. These are a couple of examples. As the website owner, you need to add some code to your web pages, and then the ad network takes care of which ads get displayed.

For Eddy, all he needed to do was keep creating quality content for his site. Keep visitors coming to his website. Display ads are not something you should consider, though until you have regular, consistent traffic coming to your website.

What Are CPA (Cost per Action) Offers?

Eddy makes use of CPA offers on his website. With these, visitors do not have to buy something but complete an action.

Typically this action is entering their email address in response to an offer. But it could be other information visitors are requested to fill out on a form. This information ends up being a new lead for the company paying for the CPA offer.

Eddy typically offers lead signups forms that pay $2 - $7 per action. Some company though are will to pay $100 or more for a single lead. It all depends on your niche and industry you are working.

CPA offers have been a reliable source of income for Eddy over the years. It tends to be a lot easier to get someone to sign up for something free rather than to enter their credit card and purchase a product.

Not all affiliate marketers make use of CPA offers because of their low dollar amount. Eddy though, can make up for this with volume.

CPA offers marketing works the same way as affiliate marketing. You promote them in the same way. The visitor only needs to enter information instead of purchasing something.

Sales based offers are the traditional method of earning commissions for affiliate marketers. Eddy admits that he is still not very good at it. However, for his recent successful month, he made over $3,500 in commissions. That's not too shabby!

The Success the Second Time Around

Eddy had experienced success like this before, only at a higher level of income. However, Eddy deviated from the method Wealthy Affiliate taught to promote his website.

As a result of Eddy chasing shiny new objects, Google smacked his website with a penalty, and his content dropped in the search engine rankings. He had a massive drop in traffic and along with that his income.

Eddy had reached a very desperate time in his life. He was at the point of giving up when Kyle and Carson from Wealthy Affiliate contacted him and asked what was going on. Eddy explained his situation, but they told Eddy he could get things going again.

Eddy followed the Wealthy Affiliate process this time, and from his previous experience, he knew it could work. Time and patience were required, along with Eddy consistently adding new content to his site. In the end, Eddy has ended up being successful again. 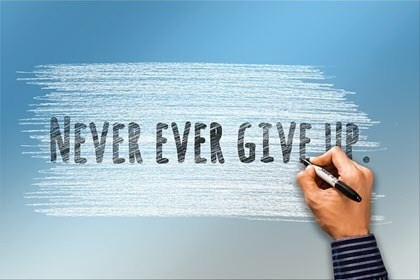 Eddy shares these kinds of experiences as he knows other members make mistakes also.

He also had to stop being fixated on money but rather on the many family and friend relationships he had. Once he realized these things, things slowly started coming back together again.

Making Money With Online Marketing On A Part-Time Basis

Eddy has a couple of other blogs that are making him some good money also. Together all of his blogs are earning him more than $100k per year.

What's different for Eddy is that he still has a full-time job. Along with the job, he also has a family. As a result, he was only able to contribute part-time hours to his websites. They were still earning him a six-figure income.

Eddy was forced to learned how to maximize his time. It required him to re-invest some of his earned money into content development. He did this by outsourcing his content writing to freelance writers.

Fortunately, there are tons of writers out there who are willing to do this. For Eddy, finding the right ones proved to be challenging at times. Many times he was tempted to give up with outsourcing and write the content himself. However, he knew that wasn't a viable option.

Eddy had to train some of his writers himself and to be patient during that process. Eventually, he found some excellent people, and they now do the heavy work which he edits and posts the new content to his site.

Eddy has also made good use of his SEO skills learned at Wealthy Affiliate. He has used them for consulting opportunities and works as a Director of SEO strategy at a Fortune 100 company.

The money he invested in becoming a premium member at Wealthy Affiliate has been returned to him many times over.

Eddy's current multiple streams of income are earning him in the high six figures each year.

Eddy considers himself to be a regular type of person. He also has been blessed. He does credit himself with having a positive attitude, lots of positive people around him, and willing to take action.

Eddy was not born with SEO skills. He learned all of it by following what WA teaches and then taking action on it. He kept doing this until he succeeded even though he stumbled at one point on his journey.

Eddy does also have a Cheat Sheet for making the best of the Wealthy Affiliate training at Overwhelmed By The WA Training? Here's A Cheat Sheet!﻿